There’s life in the old dog yet.

With tightening budgets and new technologies emerging into the market it could be argued that the days of the DSNG Broadcast Vehicle are over. It is true that for some tasks a fully built DSNG vehicle would not be needed. However, it can equally be suggested that new technologies have their own set of ‘Pro’s & Con’s’ which influence their overall versatility.

What guarantees are there that a cellular 5G system will work better than its 4G predecessor? We have all experienced the New Year’s Eve midnight call that doesn’t connect or the inability to make a
call after an event attended by thousands all due to the saturated infrastructure. Will this really change? To be honest I predict not significantly enough.

When using Fibre connections or Video over IP connectivity you are always at the mercy of a workman in a digger, whilst it would be advantageous that all cable routes are known prior to the bucket going into the ground accidents do happen. I have personally experienced the MCR’s chaos when it becomes obvious that someone has ‘got it wrong’! These errors don’t just affect businesses, have you sat at home happily watching an online program only for it to start buffering? With those oh so frustrating long unintentional “pauses” in the program which always seem to happen right at the best bit!

To fully coach build a DSNG and equip it with the latest units offering the longest support time it is inevitably a long and expensive investment to which company accountants and shareholders will want to see a high return. They may look to go forward with the cheapest, but not necessarily the most cost effective, solution.

Over the last 2 years we have been working with broadcasters around the world to ensure that they have supported DSNG systems, that should they unfortunately experience a failure the amount of downtime and lost revenue they will incur is kept to the absolute minimum.

One of our major projects has been the progressive upgrade of the DSNG Vehicle “Teaboy”; purchased by Riverside Television in Southern Ireland. The managing Director, Cyril O’Regan, approached us to evaluate the Advent Newswift 150 which had been integrated onto the vehicle in 2000 along with the units that had been left in the equipment racks.

It began back in June 2015 with a full assessment of the antenna and the remaining legacy units, followed by a discussion about how they were looking to use the vehicle. Based on the information
gained I proposed the best long-term solutions involved in implementing the project, whilst aiming to make it as cost effective as possible. At the end of the consultancy it was decided that they would go forward with a full redundant system as the DSNG is used to cover high profile live events along with any requests for news.

The project was then split into four phases, with the first two happening a quickly as possible.

A 2-way combiner was fitted into each transmit path to allow for a dual carrier facility. This is provided by the third encoder that has be installed with the RF output going via a 2-way splitter. The two main encoders also have the capability to carry out ASI multiplexing therefore making a 2 channel MCPC transmission feasible.

How can an DSNG work harder?

In parallel to the upgrades being carried out by ABDSatEng, Riverside Television ensured versatility of the DSNG by installing production and monitoring equipment to allow Teaboy to be used as a DSNG uplink when working alongside their OB unit or independently as a 4-camera mini OB giving them an added degree of flexibility and making Teaboy earn his keep On the 31st October 2016, ABDSatEng assisted Riverside Television with the TG4 XX broadcast marking their 20th anniversary on air. This comprised of four different locations broadcasting live. The main OB and Teaboy were situated at NUIG in Galway, with a further 3 Mini OB and SNG’s transmitting back.

The received video was then live switched and passed to the OB for inclusion into the programme feed, which was then sent back to Teaboy, with all the production graphics embedded, for
transmission.

Since gaining a new lease of life Teaboy has travelled far and wide covering elections in both Ireland and the UK, Fleadh TV and The Ploughing to name but a few.

So, is there life in the old dog yet?

In my opinion there can be, with the correct care and investment a DSNG can still shine in the world of communication. Supporting new technology to allow for bigger and better transmissions to be
achieved. Don’t write off an ‘old truck’ use it, upgrade it but most of all love it!

How do we do that?

Want to follow in the footsteps of Riverside Television and make your DSNG work harder?

What did we use?

Under our guidance Riverside Television used the following suppliers: - 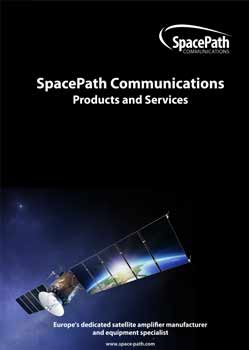